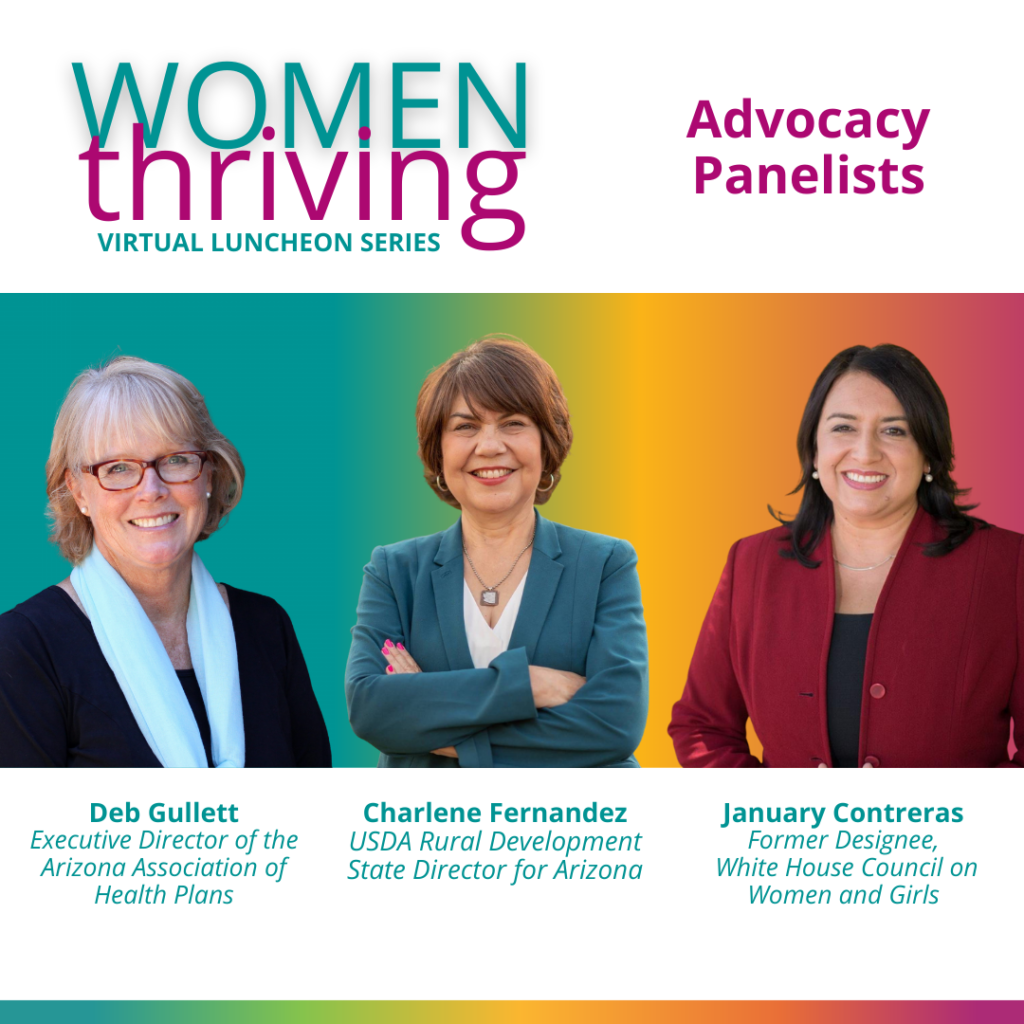 The Women’s Foundation for the State of Arizona (WFSA) hosts its Virtual Luncheon Series next week from April 12 through 14, and will feature essential conversations with elected and appointed leaders to fuel gender equity work in Arizona and beyond.

WFSA’s history of advocacy work started in 2014 and has benefitted women and families throughout the state by advancing bipartisan supported issues. WFSA is the only women’s foundation in the country that writes and runs its own legislation in partnership with state legislators.

The Foundation is bringing together three women leaders, whose service in Arizona led them to serve on the national stage at the request of past and present U.S. Presidents, to participate in a conversation about leadership, advocacy, and what’s needed for women to thrive.

“We strive to remove systemic barriers facing women and girls. In speaking with our guest panelists, we will highlight what’s needed to create systemic change and elevate awareness of the importance of women’s voices at the forefront of policy change,” said WFSA CEO Dr. Amalia Luxardo.

The Virtual series spans three days with an advocacy focus on April 13 from 12 PM-1 PM. Speakers include:

Virtual Luncheon tickets are available for $125 for all three days (including a WFSA gift box) or $40 for single-day access. Tickets and more information are available at https://event.gives/wfsa.

The Women’s Foundation would like to express its gratitude to Tucson Electric Power, returning as this year’s Presenting Sponsor. Additionally, WFSA thanks all sponsors of this virtual event. Visit https://womengiving.org/annual-luncheon/ to see a complete list of this year’s sponsors.

©2022 Women’s Foundation for the State of Arizona